My second graders have been learning to read, write and perform simple rhythmic patterns. Earlier this week they composed their own 8 beat rhythmic patterns in small groups. Today I challenged them to create a routine using their rhythmic pattern and a large hand drum. The room quickly began to buzz and kids were off creating.

I made sure to walk around and offer feedback to individuals and groups. Then I noticed a student under the table. Let's call him Harvey. I got down on the floor and asked Harvey what was wrong. His body was curled up and he was teary-eyed. He explained that he didn't want to do the activity. Harvey said his brothers say that he never has any good ideas. Then Harvey looked at me and said, "I don't have any good ideas."

My heart broke a little and then I thought of a story John Spencer shared in the book, "Empower" by A.J. Juliani and John Spencer. Mrs. Smoot was John's teacher. As a student, John got frustrated and wanted to give up and Mrs. Smoot said, "I'm not going to let you get away with that. What you say matters. And when you choose to stay silent, you rob the world of your creativity."

It was time for a Mrs. Smoot moment. I waited for Harvey to look at me and then I told him that I think he has wonderful ideas. I looked him straight in the eyes and said we need his ideas and his creativity. In fact, the world needs his creations and we miss out when he doesn't share his thoughts. He sat silent for a little longer and then I got him out from under the table. Together we created a hand drum routine.

I'm pretty sure Mrs. Smoot sounded a little more eloquent than me. Still, I'm glad I took the moment to listen and share that important message. These moments matter. 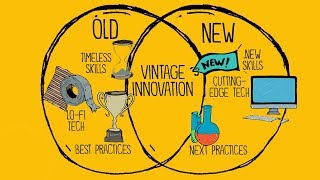 The Qualities of an Empowered Music Student